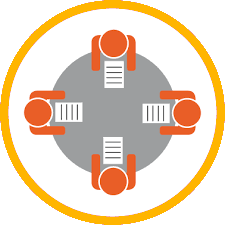 A computer nowadays is not a fascination anymore - through the multitude of its variants it has become an everyday object and a matter of lifestyle. As consequence, part of "computational myth" has been lost even before having been objectively consumed.

Majority of operating systems, at lest those rooted in UNIX, is in significant part if not totally open source. Developer tools are cost free, many "developer" groups live all over the Internet, their members spontaneously publish their work and share discussions on public servers.

Accessing information is much easier than 10 years ago. Selective access to high quality information is hindered by too much similar or irrelevant data saturation. A computer as artistic tool has lost an aura of academic secrecy, we owe gratitude for the fact that a computer can really play to multi-decade pioneering work of a number of computer music heroes and visionaries; some prominent centers for computer research in the arts have already been shut down. Writing software not aimed at profit making should therefore become part of culture, if not already.

Ready made solutions are not always good because they hide a part of knowledge, while mystifying another. With this workshop a number of instructive code examples has been collected to accompany the essential learning curve in writing simple building blocks for software dealing with sound.

SHORT OVERVIEW ( WORKSHOP ARE HELD AND DOCUMENTED IN CROATIAN LANGUAGE ! ):


WORKSHOP #0: MUSIC INFORMATICS FOR EVERYBODY